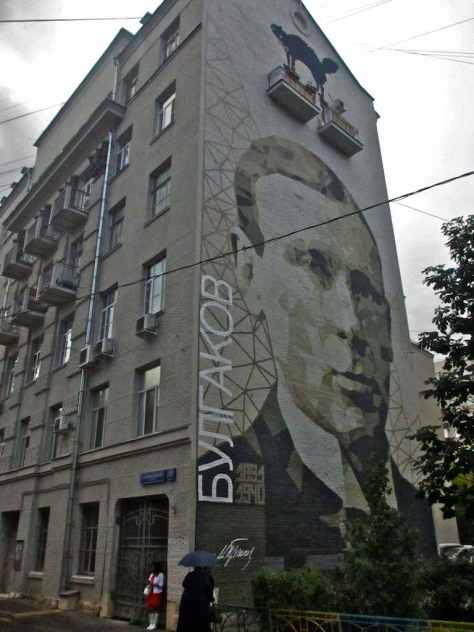 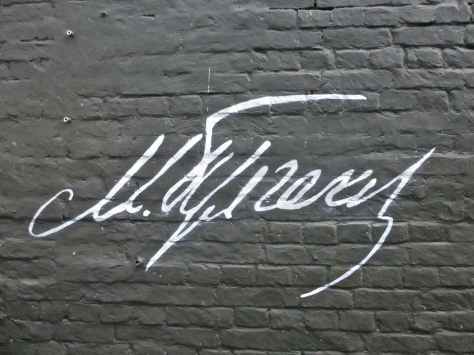 I wish there were more of these around Moscow. The city is laid out in such a way that there could be many more full-building murals. There are countless blank and open building walls just waiting to have cool pictures painted on them. Street art, mural art is a wonderful way of personalizing a city. Look how cool this Bob Dylan mural looked in Minneapolis even before it was completed. I have written about several murals in Moscow – including ones depicting Stravinsky and Alexander Pushkin. The one I post today is of Mikhail Bulgakov. It was the first in a series of murals painted in the Heritage project. It was created jointly by the two main (and overlapping, as far as I can tell) “graffiti-advertising” organizations in Moscow – Novotekart and Zuk Club. It is painted on the north-looking wall of the apartment house located at 33 Afanasyevsky Lane in the Arbat district, and it appeared in September 2014. Showing a playful sense of humor, the artists depict Woland’s cat Begemot hanging out up on two stray balconies at the top of the wall. (Woland, of course, being the devilish character in Bulgakov’s The Master and Margarita who comes to Moscow to do evil, but can do only good….)
Much of the action in The Master and Margarita takes place in this general Arbat region, so the choice of this location for the portrait was not random. Although I read and enjoyed the novel when I first encountered it a couple of decades ago, it has never been an obsession with me like it is with many. The cult of Bulgakov, his novel and his characters is one of the strongest in all of Russian culture. For this reason it is arguably the source for more public art in Moscow than any other artistic work. I ran a net check on the topic on Yandex (the Russian Google) and came up with a huge gallery of photos.
However, people far more impressive than I have been influenced by Bulgakov’s Master, Margarita, Woland, Berlioz, Begemot, Azazello, Pontius Pilate and the rest. 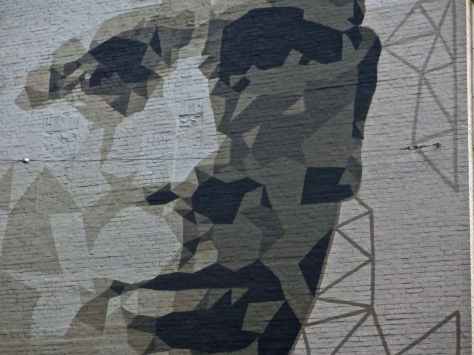 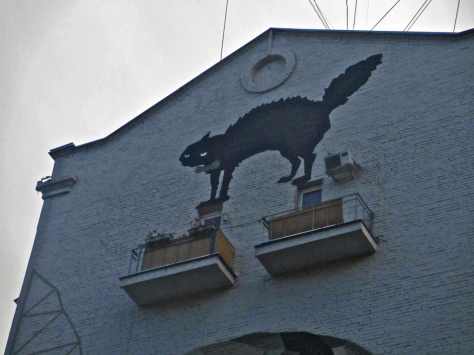 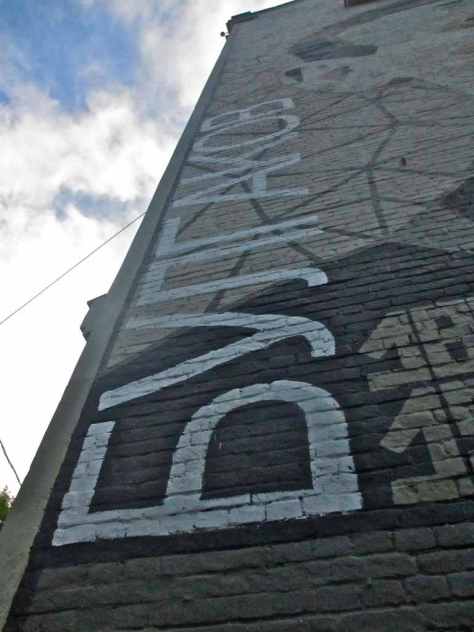 Arguably the biggest splash that The Master and Margarita had outside of Russia was in the Mick Jagger tune “Sympathy for the Devil.” The first stanzas are pretty much built on Jagger’s reading of the novel:

Please allow me to introduce myself,
I’m a man of wealth and taste.
I’ve been around for a long, long year,
Stole many a man’s soul and faith.

And I was round when Jesus Christ
Had his moment of doubt and pain,
Made damn sure that Pilate
Washed his hands and sealed his fate.

Pleased to meet you,
Hope you guess my name.
But what’s puzzling you
Is the nature of my game.

The song then departs from the novel, but maintains the Russian context by adding:

I stuck around St. Petersburg
When I saw it was a time for a change,
Killed the czar and his ministers;
Anastasia screamed in vain.

A comprehensive Master and Margarita site has this to say about the Stones meeting Bulgakov:
“‘Sympathy for the Devil’ is one of the few Stones songs which Mick Jagger wrote alone, without the help of his buddy Keith Richard. At first, he said it was based on a poem of Baudelaire. But later he said it was inspired by The Master and Margarita, which Marianne Faithfull would have offered to him as a present. Faithfull, who was Jagger’s girlfriend at that time, said during an interview with Sylvie Simmons from the magazine Mojo in 2005: “I got Mick to read The Master and Margarita and out of that, after discussing it at length with me, he wrote that song.”
More recently, Patti Smith tossed a nod in the direction of Bulgakov by naming an album Banga. In a blog for The Moscow Times I pointed out that, “…as any net search will tell you, the mysterious title was drawn from a very minor figure in Mikhail Bulgakov’s novel, The Master and Margarita. Banga in Bulgakov’s creation is Pontius Pilate’s dog, a creature so loyal he is willing to wait for his master virtually forever.”
But Patti didn’t stop there in her plumbing of Bulgakov’s writings, for, as I wrote in the same article, “Smith references another Bulgakovian dog without naming him: Sharik from the novella Heart of a Dog. She name-checks the full title to kick off her narrative, which explores the dark side of loyalty. ‘You can lick it twice, but it won’t lick you,’ she sneers, later adding, ‘Loyal he lives and we don’t know why.'” 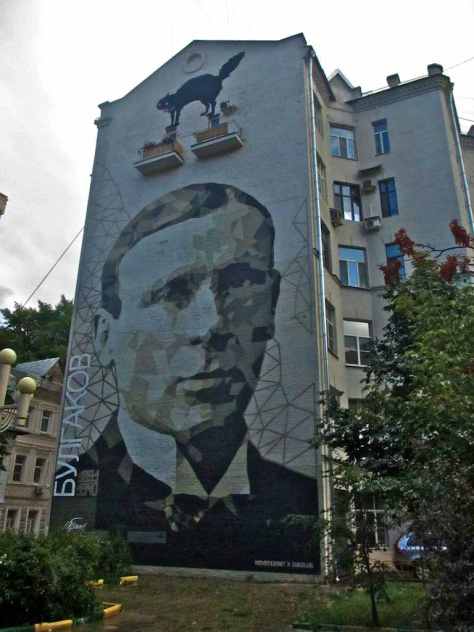 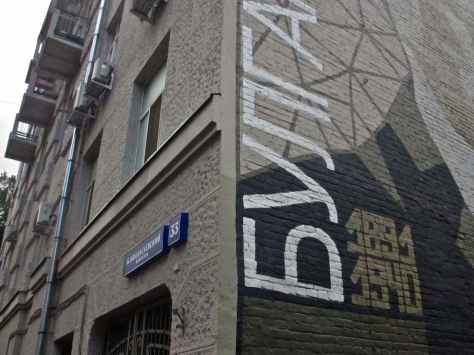 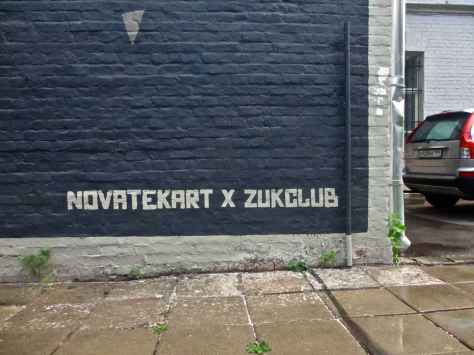