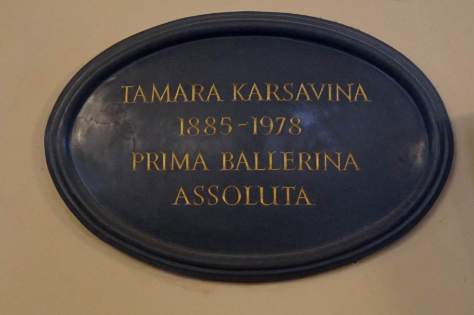 Tamara Karsavina (1885-1978) remains one of the greatest names in world ballet to this day. She worked with almost all of the greats of her time, and even George Balanchine, with whom she did not work, apparently used to admire her when they were both students at the famed Vaganova ballet school in St. Petersburg. I drew this little tidbit from Nataliya Dissanayake’s fabulous book Russkie sud’by v Londone (Russian Lives in London). I – as you should do, if you are interested in the general topic – will lean heavily on what Dissanayake writes about Karsavina. I’ll also draw here and there from Karsavina’s memoirs, Theatre Street: The Reminiscences of Tamara Karsavina. Karsavina’s life in London was a long one, stretching from 1918, when she left the company of the Mariinsky Ballet in St. Petersburg, until her death in 1978 at the age of 93.
The future dancer was born into a highly-cultured family, her father Platon Karsavin being a fine dancer himself, the student of Marius Petipa and the teacher of Mikhail Fokin (Michel Fokine). She graduated from the Vaganova school in 1902, but began dancing professionally before that. Her talent was never doubted and she made a meteoric rise from a position in the corps de ballet to soloist. She danced in Giselle and Swan Lake at the Mariinsky, and in 1909 was invited by Sergei Diaghilev to join the Ballet Russes. She danced for them on and off until 1922. One might argue that her entire repertoire with the Ballet Russes was a highlight. Those highlights grew even brighter in 1913 when she was first paired with Vaclav Nijinsky.
Karsavina’s permanent move to London came as the Russian Civil War intensified and as she married British diplomat Henry James Bruce. By 1920, just two years later, she had already put herself at the head of British ballet, serving as one of the founders of the Royal Academy of Dancing. Over the years, Karsavina became quite enamoured of England and the English, and, although she first appeared in London in 1909 not speaking a word of English, by the time she wrote her memoirs in 1931, she apparently – according to her husband – wrote the entire book in English herself.
Those memoirs are particularly memorable for Karsavina’s in-depth description of her departure from Russia with her husband. Perhaps it wasn’t the most harrowing of escapes in an era when harrowing escapes were routine, but it was dramatic and dangerous enough to make for some wonderful, extended reading. The transition began with Karsavina’s husband having to leave Russia without her when the British mission was closed. He came back several months later to get her, and they took an arduous, uncertain boat ride out of the collapsing country by way of the Neva River, Lake Ladoga and the Onega River. From the village of Povenets, they rode on horse-carts, often dovetailing – if not dodging – British troops advancing south from the north, and Soviet troops defending their land. “For several days we met no impediment on the way, but the sense of lurking danger was with us the whole time,” Karsavina wrote, then added, “We were playing for high stakes and playing blindfold.” At one point they were delivered to a Commissar who mysteriously gave them a short window in which they were allowed to hurry to the White Sea and reach some semblance of safety. The mystery of the Commissar’s permission came into focus when they arrived at the seaport – the British navy was moored here as the Soviet army retreated – they had finally passed into friendly territory.
In general, Karsavina’s memoirs make for a lively read. She is always ready to laugh at herself and her own weaknesses (she apparently cried often when things didn’t go her way), and she never takes it upon herself to even scores in the many instances when taking offense would quite be in order. 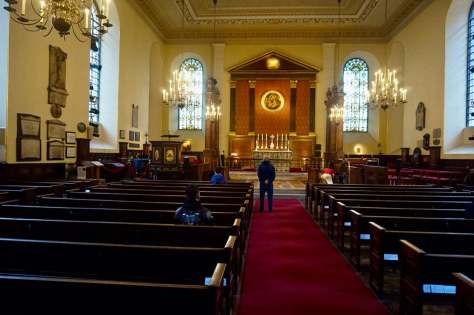 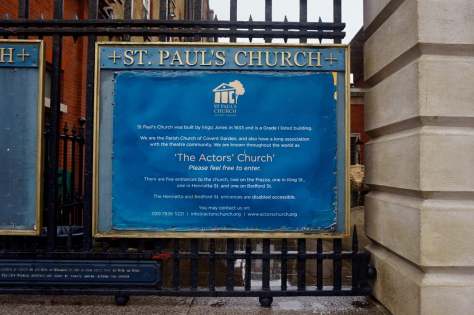 Karsavina’s 1909 London debut took place at the Coliseum, an imposing old theatre that was not fit for ballet at all. While the promoter H.B. Marinelli gushed on about the Coliseum’s beauty, Karsavina worried about the cold drafts and unsuitable stage with tiny brass plates everywhere. Karsavina wrote:
“Excellent linoleum has since been spread over the brass plates, but I was a pioneer of ballet at the Coliseum, where the stage was then all it ought not to be for dancing purposes. An extremely hard floor and the unavoidable brass bruised my toes and made them bleed. My first week was hardly over, and I dreaded the remaining three. Worse than my blistered toes was to me the feeling of not belonging anywhere in my present surroundings. I bore a grudge against the stained windows of the restaurant in my hotel, the noisy barrel-organ in the side street ; it played in the morning, it played in the afternoon when I came to rest between performances. There may have been relays of barrel-organs in that street, or one single one of unique obduracy. There were some nocturnal goings and comings in my hotel. At times I thought I heard aggressive voices. That was all I knew of London this time, that and the Coliseum.”
But, aside from the difficult circumstances of performing in an alien space in an alien country, what really made Karsavina miss home was the differences in attitude to art that one encountered in the highly-cultured St. Petersburg and the quite commercial London.
“The glamor and romance of the theatre was  what I missed badly,” she wrote in her memoirs.
But if it took Karsavina time to warm up to the charms of London – she eventually even claimed to love its fog for the way it made a crackling fireplace so cozy – London took to her immediately. And when she died, she was honored with a plaque on the wall in St. Paul’s Church, Covent Garden. St. Paul’s is known as the Actor’s Church in London, and among the many theater people it honors, there are some who would have worked with Karsavina in the Ballet Russes productions. Still, the majority of performers commemorated here were were British. Karsavina is the only major Russian artist among them. Her plaque, a simple oval, gives the dates of her life and describes her with highest honor as prima ballerina assoluta. Like many of the plaques and monuments to be found in St. Paul’s, it almost appears that Karsavina’s plaque was hung without any real thought to aesthetics. It seems to be stuck in a corner next to a window on the wall facing northwest. Nearest to her plaque are others honoring Australian dancer and choreographer Robert Helpman, and British dancer and choreographer Anton Dolin. 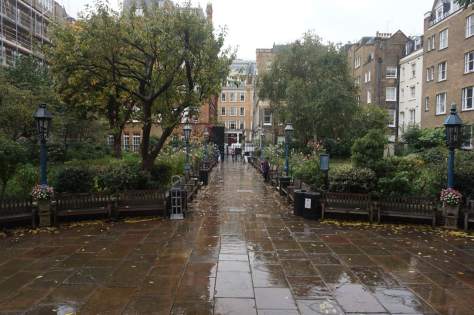