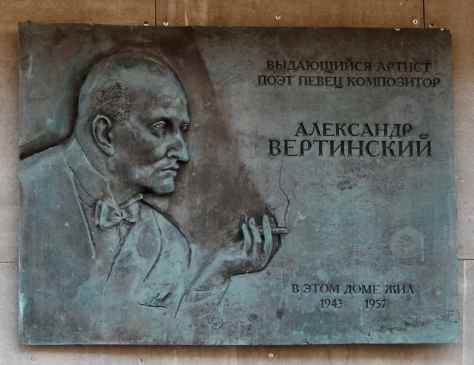 Few individuals in the history of Russian culture have lived more dramatic lives than the great singer and songwriter Alexander Vertinsky (1889-1957). It all began before he was born.
Vertinsky was the second child born scandalously in Kiev to Nikolai Vertinsky, a lawyer, and Yevgenia Skolatskaya, the daughter of the head of Kiev’s assembly of nobility. Vertinsky, Sr., was married and nothing he could do would convince his wife to agree to a divorce. The situation – this was the end of the 19th century, after all – was, indeed, dramatic. Alexander’s sister Nadezhda was separated from her brother and given to an aunt in the father’s family. Alexander was turned over to his maternal aunt, a severe woman who hated Alexander’s father, was extremely strict in her dealings with the young boy, and who told him that his sister was dead. His mother died when he was three; his father, who apparently spent much of his last years sitting by his lover’s grave, died when Alexander was five. Not the easiest start in life far a young boy, although this was just a prelude.
The story that follows is packed with details that I could never have collected without the help of a few good websites, Know Everything, Peoples.ru, and Russian Wikipedia. I doff my cap to them all. (Although I should point out that the sources differ on dates occasionally, with some claiming he moved to Moscow and began his film career either in 1912 or 1913. In unclear instances, I tend to side with Wikipedia, rightly or wrongly.)
Vertinsky received a good education, at least at first, studying at the No. 1 Gymnasium for aristocrats. His classmates included the future writers Konstantin Paustovsky and Mikhail Bulgakov. But Vertinsky’s independent nature was not to be tamed. For kicks he began stealing money that pilgrims left as honors on the graves holding the remains of saints at the Kiev-Pechersky monastery. He was caught and kicked out of school, and, when he refused to quit doing it, his aunt kicked him out of her home. His saving grace was a love for theater and music. He tried out his acting chops first and, when that failed, he took up singing. A chance meeting with an old friend of his mother gave him another “in” to high society. She took him under her wing, inviting him to her house where he met such individuals as Marc Chagall, the philosopher Nikolai Berdyaev, the poet Mikhail Kuzmin,  and the painters Kazimir Malevich and Natan Altman. This, apparently was an environment that began to serve and feed Vertinsky’s talent. His new benefactress helped him get a job as a theater critic and he turned out to be very good at it. He became well-known in Kiev with his notices about performances by Fyodor Chaliapin and others. He also began publishing short stories. When he had saved up enough money by the age of 24, he set out for the bright lights of the big city of Moscow. His primary goal was to make a career in literature, but first he made an astonishing discovery – his sister Nadya was not only still alive, she was an actress in the theater! Alexander began performing and directing, all the while continuing to write stories, poems and short plays, often under the influence of Alexander Blok and the Symbolists. An attempt to enter the Moscow Art Theater school ended in failure when the auditioning master Konstantin Stanislavsky complained that Vertinsky could not properly pronounce the letter “r.” This hardly stopped him. He made his debut in silent film in 1913 and, when World War I began, he volunteered as a medic. There he applied some 35,000 bandages to wounded soldiers before he was wounded slightly himself and sent back to Moscow where he learned that his beloved sister had died of an overdose of cocaine. Nevertheless, Alexander wasted little time getting his career going again, continuing to act in films and making his Moscow debut as a singer in 1915 at the Miniature Theater. A crucial choice was made to dress and make Vertinsky up as Pierrot, and it stuck, becoming his own personal image forever after. His early repertoire was based on the poetry of others, but he also began slipping in a few of his own songs, too. Before long he had become a star in his own right. 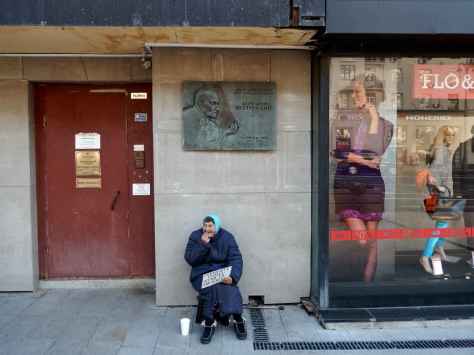 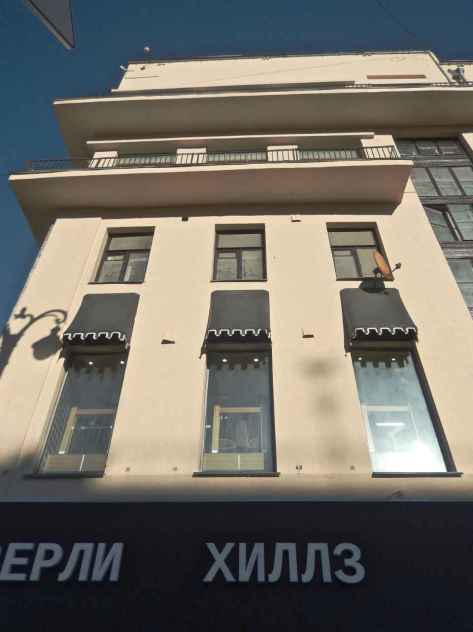 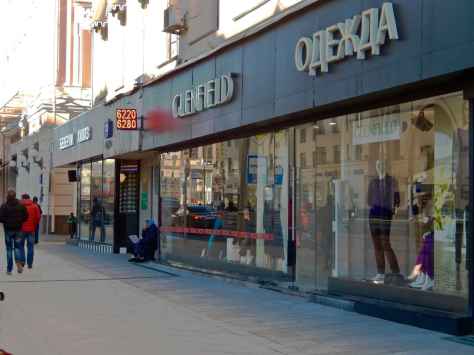 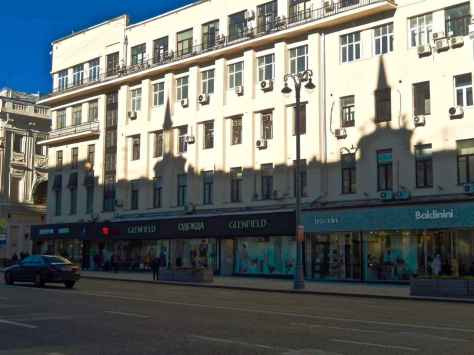 Vertinsky’s songs reflected the age in which they were written – one of violence, uncertainty and fear. The usual characters that he wrote about found themselves alone and vulnerable before a hostile world. There was a note of fatalism in Vertinsky’s voice that, together with his unique, personal sound of deep regret and profound understanding, gave his songs enormous emotional impact. It is not surprising (I say as I leap-frog over all kinds of interesting biographical details) that Vertinsky would increasingly feel himself an outcast in Moscow in the years after the Revolution. Even though the rhetoric was not even close to what it would become in the next decade/decade and a half, it was plenty to alienate Vertinsky almost immediately. Here’s a little story worth repeating from Peoples.ru:
“Following the Bolshevik Revolution Vertinsky came to the conclusion that he would never get along with the new government. His romance titled ‘What I Must Say,’ written under the impression of the deaths of three hundred cadets in Moscow, aroused the interest of the Cheka [secret police], which summoned the actor to explain his sympathy for enemies of the Revolution. Legend has it that Vertinsky responded to the Chekists indignantly: ‘It’s just a song, and anyway, you cannot forbid me to pity them!’ He received a clear and concise answer: ‘If necessary, we can forbid you to breathe!‘”
Shortly thereafter Vertinsky – who was now a nationally famous singer – set out on a protracted tour through the southern regions of the new Soviet Union, as far from Moscow as he could get. In 1920 he slipped out of the country on the good ship Grand Duke Alexander Mikhailovich, and set foot in the safety of Constantinople. He began performing there with success for the growing emigre population, but, being a restless soul, he kept moving, visiting in coming years Romania, Poland, Austria, Hungary, Lebanon, Palestine, Egypt, Libya and Germany. When in Poland he made an attempt to return to the Soviet Union but was refused a visa. He settled in France from 1925 to 1934, where he, once again, became an enormous star. Yes, he was supported by the huge Russian emigre community, but the French, with their love of style, art and literature, took him in as well. He continued writing his beautiful, sad songs of longing, regret and stoicism, creating one of the greatest oeuvre of popular songs in the world.
In 1934 Alexander set sail for New York on the good ship Lafayette. He never felt comfortable in America’s financial capital and set off on tours that took him to Chicago, San Francisco and Los Angeles. There was an attempt to get him started in Hollywood as an actor, but his lack of knowledge and deep dislike of the English language were a barrier that could not be breached. There is a tale that Marlene Dietrich, seeing how Vertinsky struggled with English, suggested that he just “get a grip on himself” and learn the language. He couldn’t, however, and ended up turning down the offer to act.
Disillusioned with the States, Vertinsky set sail for China in October 1935. It was a decision that would change his life, and the history of Russian/Soviet performing arts.
He set up base in Shanghai where he continued to perform, and, even, for a short while was the owner of a cabaret. But life was getting more and more difficult, and when he unexpectedly received an invitation from the Soviet consulate in Shanghai to return home, he was intrigued. He even began writing for a Soviet newspaper. Still, the road home was not easy. His final papers from Moscow were delayed, in large part because of the beginning of World War II, and so, when he married his second wife Lidia Tsirgvava in 1942, he was still in Shanghai. Vertinsky was then 53; Tsirgvava, the daughter of a Soviet official in China, was 20. Their first daughter Marianna was born several months later. When Japan invaded China Vertinsky made still another, now desperate, attempt to return home. He wrote Stalin’s right-hand man Vyacheslav Molotov, who immediately made arrangements for Vertinsky and his family to receive traveling papers. They were given an apartment in a prestigious building on Tverskaya Street (occasionally and exaggeratedly called Moscow’s Fifth Avenue or Champs Elysses) in building No. 12. You see that building here, as photographed in the fall of 2016.
Just a few months after arriving here in Moscow in 1943, the couple’s second daughter Anastasia was born. Both Marianna and Anastasia would become successful actors themselves, Anastasia, especially, becoming one of the Soviet Union’s most popular actresses in the 1960s and 1970s.
Vertinsky himself found an uncomfortable mix of success and alienation upon his return to a nation that had nothing to do with the country he left in 1920. He was allowed to act in films and to give concerts, and yet, he was kept on the outside of mainstream Soviet cultural life. His songwriting muse pretty much dried up in this period. One source claims he wrote barely two dozen songs over the last 14 years of his life.
In 1956, the year after Nikita Khrushchev launched his de-Stalinization campaign, Vertinsky wrote to his wife:
“Look at this whole story with Stalin. It’s false, base and disingenuous, At the convention Khrushchev said: ‘Let’s stand in honor of the 17 million people who were martyred in the camps.’ How do you like that?! Who, when and how will the ‘mistakes’ made by these scums ever be repaid? How long will they continue to  mock our Motherland? How long?” 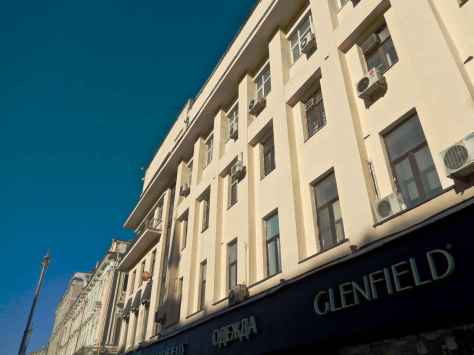 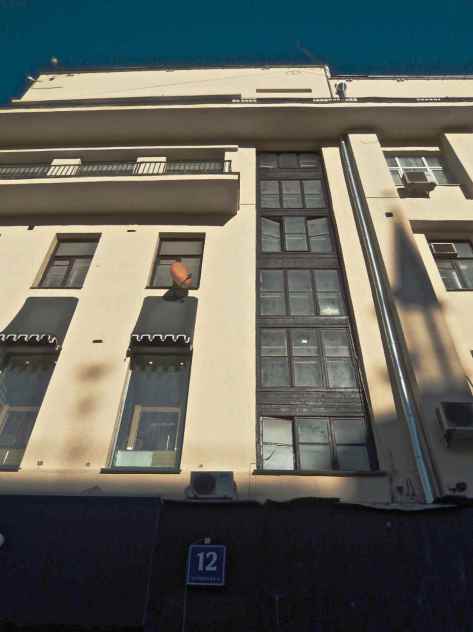 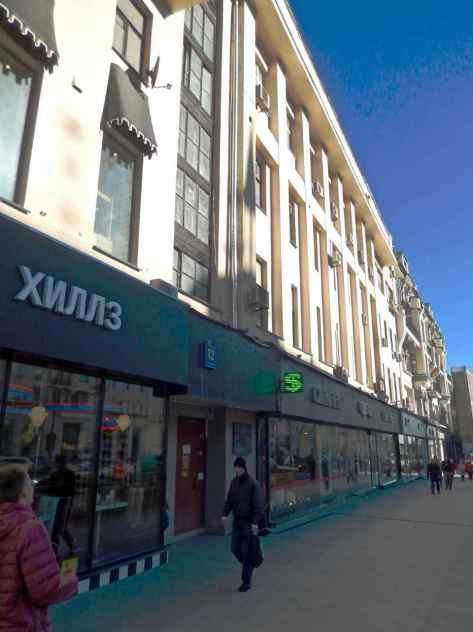 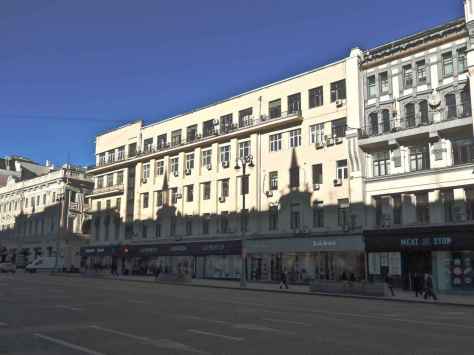