I can’t possibly do this building justice. More great performers and artists may have lived here at 7 Bryusov Lane (Pereulok) just a block from the Moscow Conservatory than in any other in Moscow. As the modest plaque above shows, it was built in the mid-1930s by the influential architect Alexei Shchusev especially to house people who worked at the Bolshoi Theater. A few others snuck in from time to time, so on the enormous number of memorial plaques that hang outside this building you also get an occasional painter or sculptor or two. But for decades – and even in recent times – this building continues to be associated with musicians, composers, singers and dancers. I spent an extremely pleasant evening in Apartment No. 6 here at the end of the 1990s. That’s when it was occupied by my friend, and one of the best editors I ever worked for, Margaret Henry. Margaret was not only the features editor at The Moscow Times, where I have worked since time immemorial, but she was the dance and ballet critic for the paper. So when by chance she ended up living in this building, it was almost as if it had been ordained on high. Living here at the same time as Margaret was the great ballerina Nina Ananiashvili. You can bet a plaque honoring her will be hung on these walls before long. 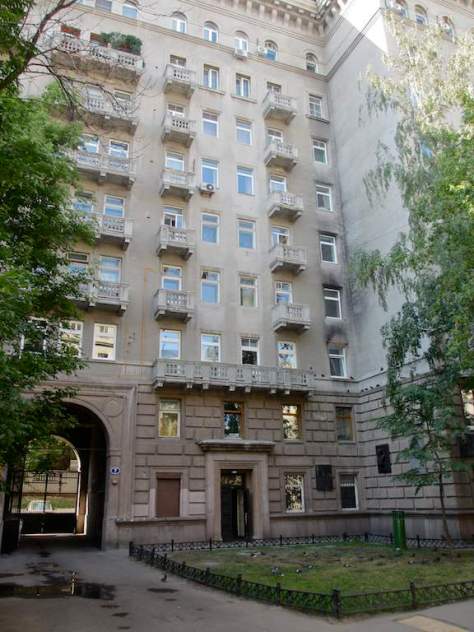 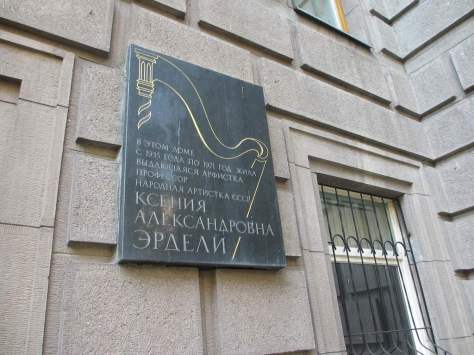 The selection of plaques represented in this post includes, in the order that they’re pictured:
1) Ksenia Erdeli (1878-1971), the great harpist whose career astonishingly lasted from 1899 to her death in 1971.
2) Ivan Kozlovsky (1900-1993), the great tenor whose fame and popularity for decades were something like Frank Sinatra’s in the U.S. in the 1940s.
3) Nadezhda Obukhova (1886-1961), the mezzo-soprano, who did not make her operatic debut until she was 30. (For the record, Margaret Henry is also a mezzo-soprano.)
4) Maria Maksakova (1902-1974), a mezzo-soprano whose greatest popularity was in the 1920s and ’30s, although she sang at the Bolshoi until the mid-1950s. Her daughter Lyudmila Maksakova is a well-known dramatic actress, and her granddaughter Maria Maksakova, Jr.,  achieved stardom as an opera singer after the turn of the 21st century.
5) Antonina Nezhdanova (1873-1950), a lyric coloratura who sang opposite Caruso in Paris in 1912, and for whom Sergei Rachmaninov wrote Vocalise. 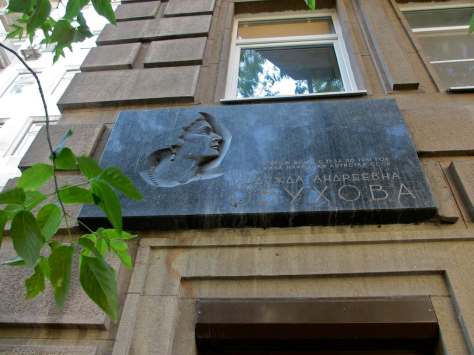 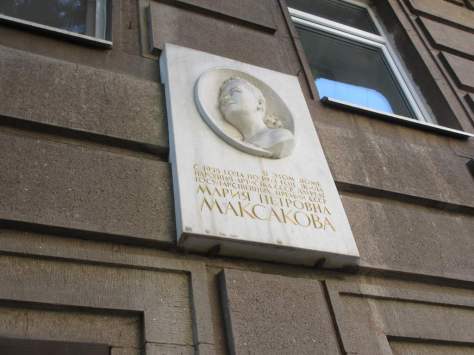 6) Alexander Pirogov (1899-1964), the lead bass at the Bolshoi from 1924 to 1954. He was one of four brothers who made careers as singers.
7) Alexei Yermolaev (1910-1975), a ballet soloist at the Bolshoi from 1930 to 1956. He was also a choreographer and a teacher. Russian Wikipedia informs us that he “created a new trend in male ballet, which corresponded to the tendency of ballet to express the heroic, [giving it] a heightened dramatic and performative element, and introducing elements of folk dance into the discipline of classical ballet.”
8) Nikolai Golovanov (1891-1953), conductor and composer, husband of Antonina Nezhdanova. 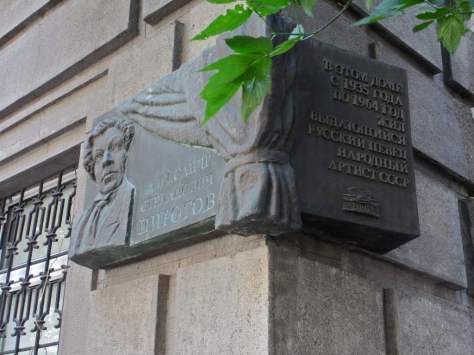 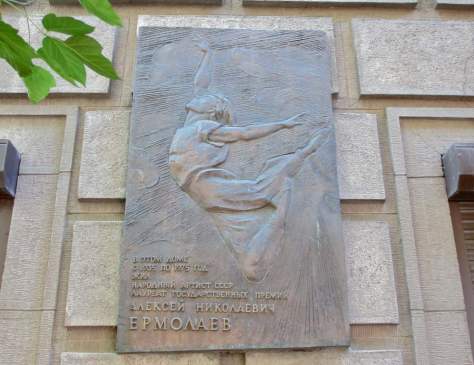