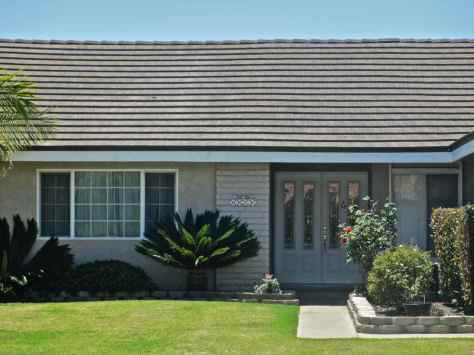 I’ve been sitting on this one for two years. I’ve done that on purpose. I wanted the dust to settle a little from the kerfuffle that arose in the Vladimir Vysotsky world when my old colleague Carl Schreck dug up and collated a ton of heretofore unshared information about Vladimir Vysotsky hanging out in the LA area in the 1970s. I say “kerfuffle” because Carl’s article for RFE/RL knocked my own personal hat off. And, since I know a thing or two about Russian culture, I guarantee you that nobody had ever come up with the deets that Carl scared up. So if his article did not cause a ruckus at the time, it will in the future, when the rest of the world catches up to it. Because Vysotsky is one of the great Russian cultural figures of all time – that’s not hyperbole – and any off-the-map episodes in his much-studied life are worth their weight in gold.
In his piece “When the Legendary Soviet Bard Vladimir Vysotsky Hit Hollywood” Carl outlines a few well-documented evenings and instances when Vysotsky encountered the Hollywood elite at cocktail and swim parties in the second half of the 1970s. You should definitely go and read the whole thing, it’s a fun ride. But I’ll provide a few excerpts here anyway.
“On a balmy summer evening in the posh Los Angeles neighborhood of Pacific Palisades, movie stars and industry players mingled around the pool and on the veranda, nursing drinks and clouding the air with plumes of expensive cigar smoke.
The partygoers, according to witnesses, included Hollywood royalty and rising talent alike: Gregory Peck, Natalie Wood, Liza Minnelli, Robert De Niro, Anthony Hopkins, Michael Douglas, and Sylvester Stallone, whose film Rocky would make him a worldwide star after its release four months later in November 1976.
A stranger dressed in pale blue maneuvered his short, sturdy frame through the crowd as well. His intense eyes ‘glistened with excitement’ on that evening, and an implant of the antialcoholism drug disulfiram had helped liberate him temporarily from his bondage to the bottle, his wife would later write.
At some point during the evening, the host of the party, Hollywood producer Mike Medavoy, introduced the man, who had brought his own seven-string guitar to the star-studded gathering.”
The guest, of course, was Vysotsky. His wife, who would later describe this evening in her memoir, was the famous French actress Marina Vlady.
The producer Mike Medavoy graciously and loquaciously shared his memories of Vysotsky with Carl, providing some of the juiciest sections of the article. For example:
“‘It was a typical party in Hollywood with lots of people in the business, some who knew each other and others who didn’t,’ said Medavoy, who has been involved in seven Best Picture Oscar-winners and at the time served as head of production at United Artists. ‘And the thing that was different was having Vysotsky. Obviously, nobody knew who he was.’
That was something that Vysotsky, who died 35 years ago this week, had hoped to change in what turned out to be the final chapter of his short, hard-lived life. Vysotsky’s iconic status in his homeland derived from his poignant, ironic, and cleverly subversive songs — delivered in a passionate, guttural rasp — that circulated hand-to-hand on underground recordings across the Soviet Union’s 11 time zones. But he was also a Soviet stage and movie star. And having already conquered the hearts of his compatriots, in his last years Vysotsky turned his ambitions toward Tinseltown, where he hobnobbed with celebrities and ultimately sought to make a splash on the silver screen. For Vysotsky, the concert at Medavoy’s house would become a launching point of sorts for this mission, his inaugural plunge deep into the exclusive world of Hollywood stardom with his wife, the French actress Marina Vlady, by his side.” 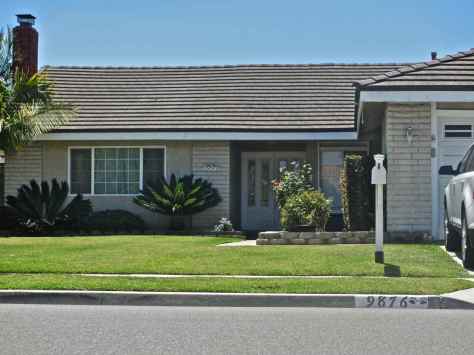 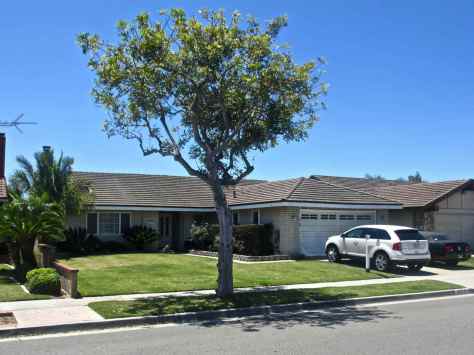 I contacted Carl the day his piece came out two years ago and asked if he had addresses for any of the stories he told. He didn’t, but as a man properly obsessed with his topic, he shot me several internet links that led me towards one of the lesser locations that Vysotsky lived at during his LA trips.
One particularly was a blurry photo of a man named Dick Finn standing next to Vysotsky and Vlady  in front of a typically nondescript LA suburban home. The Russian caption reads: “Dick Flinn, Vladimir Vysotsky, and Marina Vlady in America, August 1976.” If you look carefully you can make out the house number 9876 on the facing of the roof. Carl put that together with a Google Maps image of a house at 9876 Sturgeon Ave. in Fountain Valley, CA. The resemblance was good. Then a note from Flinn confirmed that he had lived in this house and that Vysotsky had visited him there.
Boom. So here we are. One of the places where Vysotsky hunkered down while looking for ways to become a part of the Hollywood machine. The house has been spiffed up and modernized since Vysotsky was there, but the brickwork, the chimney, the large front window and the main entrance with its narrow walkway are all still there to bear witness to Vysotsky’s presence.
Carl brings Finn into his story at one point:
“Vysotsky’s singular growl reverberated through Medavoy’s house and drifted out into the California night, drawing the attention of guests milling about in the backyard.
‘As he kept singing with his rough voice and delivery, others were coming in [saying]: “Who is this guy singing like this?” said Dick Finn, a retired Los Angeles-based businessman and a friend of Vysotsky’s, who attended the party. ‘They were mesmerized by his performance.’
Finn, 74, hosted Vysotsky and Vlady several times in Los Angeles. He recalled in a recent interview with RFE/RL that De Niro and Minnelli, who were shooting the Martin Scorcese-directed film New York, New York at the time, came to the party straight from the set, still wearing their costumes.”
So, the big parties with all the stars may not have been at this house. But Vysotsky himself was, who, for our purposes, outweighs all the Tinseltown lovelies put together.
My purpose in this short piece is not to tell the story of Vysotsky in LA. Carl Schreck has already done that beautifully. My goal is more modest – to share images of a location in the greater Los Angeles area that is connected with the great actor, singer-songwriter’s life. Enjoy. There is Russian cultural history even in the wastelands of the LA suburbs. As for the whole story: Go to Carl’s article and read it. It’s a wonderful tale. 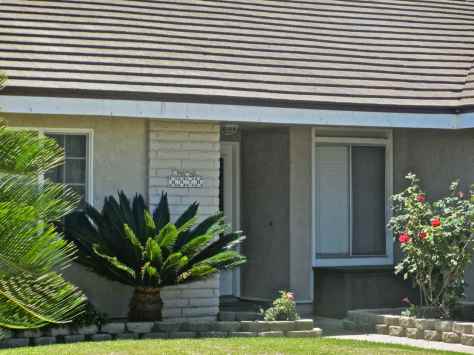