George Shdanoff was born Georgy Zhdanov in Russia  on December 5, 1905. He died some 92 years later on August 14, 1998, while living in this unprepossessing Los Angeles apartment house at 11908 Montana Ave., west of the 405 Freeway. It would appear that he lived in Apt. 307. Shdanoff’s was not an entirely obscure life, but it was not one that accrued great general attention, either. He studied under Konstantin Stanislavsky at the Moscow Art Theater in the 1920s but chose to slip out of the Soviet Union and set up residence in Berlin before ever making a mark in Moscow. In Berlin, where he acquired the spelling of his name that would follow him for the rest of his life, he became something of a star, or, at least, a hard-working actor. Mel Gordon, in his Stanislavsky in America: An Actor’s Workbook, tells us that Shdanoff was one of the rare displaced Russian actors who regularly found acting jobs in the major German playhouses. He performed the lead role in Igor Stravinsky’s The Tale of a Soldier at Berlin’s Kroll Opera House. In 1928, shortly after Mikhail Chekhov appeared in Berlin, Shdanoff arranged to meet the great actor and the two struck up a friendship that would last until Chekhov’s death in 1955. As anti-Semitism increased in Germany in the late 1920s, Shdannoff’s acting jobs began to grow fewer and farther between. In 1931 he co-directed a pacifist film called No Man’s Land, or, Hell on Earth, although only his directing partner Victor Trivas was mentioned in the credits. Feeling the increasing hostility of fascism, Shdanoff made his way to Paris in 1933 where he wrote a stage adaptation of Dostoevsky’s Crime and Punishment for a Russian-language theater. Before long he followed the general flow of Russian exiles to the U.K. where he once again connected with Chekhov, who had set up a school and theater at Dartington Hall in Devonshire. From here on out, Shdanoff would forever more be associated either with Chekhov himself, who had now become known as Michael Chekhov, or with Chekhov’s method of acting. While in the U.K. Shdanoff began writing a stage adaptation of Dostoevsky’s The Possessed that Chekhov’s relocated company would perform in 1939 on Broadway (where it was a flop). The two friends and colleagues relocated to Hollywood in the early 1940s, where they created theater together (see my earlier post about the Chekhov Actor’s Lab productions that were performed in a space on North Las Palmas Ave. in L.A.), and taught. Shdanoff’s acting career did not take off like Chekhov’s, but he, like Chekhov, was a highly respected acting coach to the stars. The imdb website has Shdanoff appearing as an actor in two films -an uncredited turn as a lackey in Otto Preminger’s A Royal Scandal (1945) and Ben Hecht’s Specter of the Rose (1946), where he was credited as George Shadnoff.  I have no idea whether that was a mistake or a pseudonym, although my instincts move me to favor the former explanation. 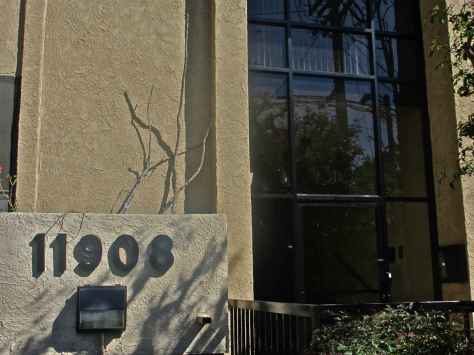 Shdanoff quickly established himself as a go-to drama coach in Hollywood. In her memoirs, Thank Heaven, Leslie Caron writes with great affection and in some detail about her relationship with Shdanoff. She appreciated the Russian’s serious approach to her art, something that was not favored everywhere in Tinseltown:
“He also transmitted – and this was invaluable for the newcomer that I was – something rare in Hollywood in those years: the notion that acting was a craft that could be taught and ought to be learned. Hollywood had a deep distrust of New York stage actors – ‘too arty’ was the term used for them – a stereotype that survived until very recently.”
Caron was so serious about her craft that Shdanoff teasingly nicknamed her “the Professor” for her studiousness.
But the two had another bond – their experience escaping danger in Europe.
“Shdanoff and his wife, Elsa [Schreiber], were very kind and protective toward me,” Caron continues. “I was, to them, and to other Hollywood couples, the deserving little French girl who had gone through the war and must be cared for. George’s narrow escapes from Bolshevik Russia and Nazi Berlin and my own wartime experiences were bonds that united us… During my lessons, when George knew that I had just come from a dancing class or from filming, he would offer coffee and Austrian biscuits, served on polished Austrian silver. For ten minutes our hearts were transported to the Europe of his youth.”
When Caron was hired to take the role of Madeline Minot in The Man with the Cloak in 1951, Shdanoff worked with her for a year specifically on this character.
Mel Gordon picks up the tale after the death of Chekhov.
“After his time at the Lab, Shdanoff and Schreiber began to coach young film actors at their West Hollywood apartment [not the one pictured here]. The word-of-mouth among colony insiders was heartening and their business steadily grew. Even professionals like Lilli Palmer and Rex Harrison, swore by the couple’s Central European theatrical instincts. (Patricia Neal often bristled when Gary Cooper derided her acting avatar as ‘Doctor Stroganoff.’)
Shdanoff held informal master classes in his mixed Shdanoff-Chekhov method for three decades. Finally, in 1974, after a nostalgic and inspiring Moscow tour, he decided to open a school with apprentice teachers. It was advertised as the George Shdanoff Acting Training Center.”
Shdanoff appears to have registered a business, George Shdanoff’s Los Angeles Theater Company, Inc., on or around May 1979 (another source posits 1978) at the address that we see in the photos here. It was a charitable organization and a private, non-operation organization. A few more details can be had at NonProfitFacts.com. and corporationwiki.com. The best place to go now for information about Shdanoff is the 2002 documentary film, From Russia to Hollywood: The 100-Year Odyssey of Chekhov and Shdanoff (directed by Frederick Keeve). A four+ minute excerpt on YouTube features some well-chosen comments by Leslie Caron. 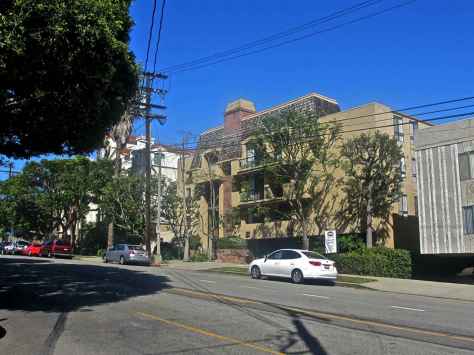