Yury Trifonov, the author of “House on the Embankment” and many other of the finest prose works of the late Soviet period once lived in this building on what is now called Second Peschannaya Ulitsa.  It is a clean, neat building located across from a large and attractive park well north of Moscow city center, on the west side of Leningradsky Prospekt. For a time the street bore the name of Romanian politician Gheorghe Gheorghiu-Dej and that is who the street was named after when Yury Trifonov lived here in the 1970s. I wrote about this and a few other locations connected with writers in Moscow in my Theater Plus blog space on the site of The Moscow Times. 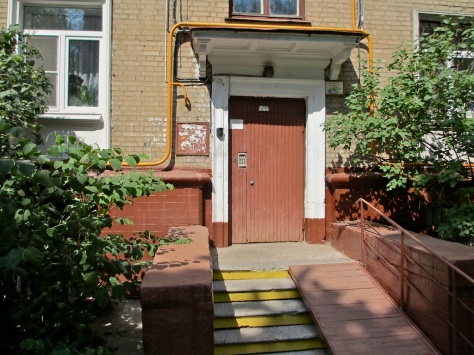